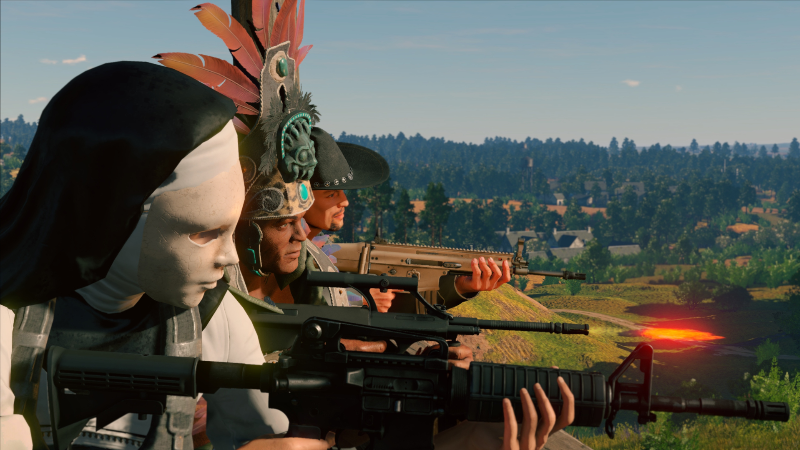 Greetings, warriors!
Soon our brutal online last-man-standing shooter will get a new content update and today we would like to present some of it: new weapons and items that will be introduced.
Weaponry

Steyer AUG A1 — one of the most famous assault rifles of the late 20th century,
utilizing the bull-pup concept to maintain high precision while being
relatively compact in size. An integrated Swarovski scope will add
additional comfort during mid-range shooting.

M4A1 — compact automatic carbine which managed to be considered standard for
many special and military forces across the world. In this modification
can use full-auto mode with a high rate of fire but a rather high
recoil.

HK UMP45 — universal SMG developed by Heckler & Koch in the 1990’s as a follow
up to famous HK MP5. Not the highest rate of fire but compensated with
good accuracy even in burst mode.

HK MP5N — one of the most famous German post-war SMGs across the world. Can deal
high damage at short range, surpassing most of the competitors, though
being rather hard on the recoil side. 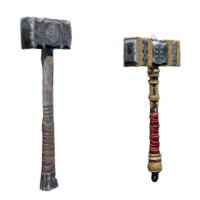 Our collection of historical melee weapons will receive two new
masterpieces: in the workshop you will be able to unlock the viking’s
Smith Hammer and Warrior Hammer. By the way, both hammers deal increased
damage to hard objects - smashing gravestones and destructible
decorations in one blow.

Now you will be able to unlock six new mystic seals for your library:

Regular and catalyzed Ritual of Unknown (different only in cost of souls to
cast) will start any random ritual, existing in the game. They are
rather cheap on the cost side, allowing a surprise for enemies even when
low on sinner souls.

Seals River of Endurance and Fountain of Endurance will replenish stamina for those nearby very quick or
instantaneously. Will be useful for those running fast over large
distances or engaging in hard melee assault.

Last but not least, new mystic traps will be focused specifically on vehicles. One mine will
be triggered by heavy trucks and buses only, while the second one - by
any vehicle passing nearby. The resulting explosion will break the
vehicle and throw all passengers out of it in the blast.

New underwear and talismans will give a player ability to spot empty
vehicles up to 250 metres range. Those who like the viking design of new
talismans will appreciate the new Mask of Loki, designed in traditional
Scandinavian style with a well-known feature to replace primed grenades
with jack-pot in slot machines.

Oh, speaking of vehicles, there will be one new model waiting in the game!

Other news from this author