The Finals are played, and what do i need to say we reached third place, gg to all our players who played and watched ;)
Special GG to the Raccoons, pwned! 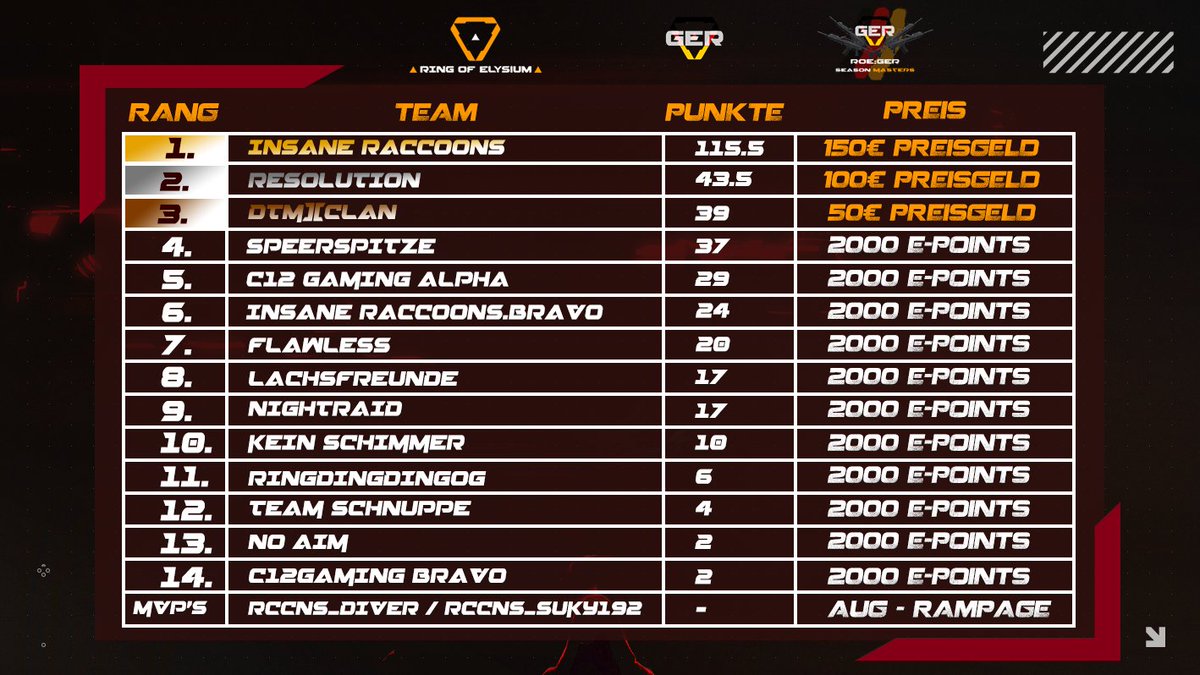 Sadly we had to compete weakend again, so here is the actual table:

Teamspeak sponsored us a Community LIcense. This means we´re able to continue hosting bigger crowds up to 512 gamers. Big thx for that to the Teamspeak Team.

Played a very good first tournament! Big shoutouts to Speedy and Lynn!! Our Team played with the big boys and ranked in 4th at first try. It need´s to be noted that our "machines" got 26 points, as much as the 2nd Place! (Killcount was sadly against our team)

We got 2 more Teams playing in Lobby 2:

noskillz and Bilbo sprung in 1 hour before the tournament started to make the second lobby a reality. Without training ( Bilbo is pausing Roe since some weeks ) they reached Place 6 ( same Score as 5th Place, again killcount was against our team )

Mania Moe played with his Buddy Bodenprobe and reached Rank 16.

This was a successful start with an really ungrateful 4th Place. Thx to all who played, all dtm-oldschoolers are proud of you !